This document describes how to connect to your SoftEther VPN Server by using the L2TP/IPsec VPN Client which is bundled with iOS.

In this instruction, every screen-shot is taken on iOS 6. Other versions of iOS are similar, however there might be minor differences with UIs.

1. Initial configurations (only once at the first time)

From the iOS main screen, start the “Settings” application. 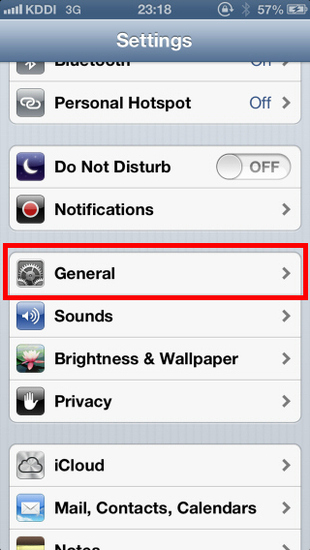 A new L2TP VPN connection setting will be created, and the configuration screen will appear. 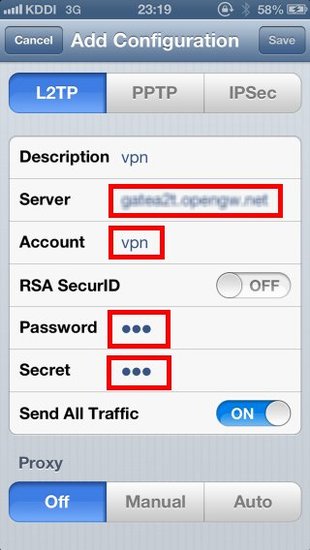 On this screen, you have to specify either hostname or IP address of the destination VPN Server. You also have to enter the user-name, password and secret (pre-shared key) on the iOS screen.

Tap the “OFF” button to initiate a VPN connection. While VPN is established, you can see the status and connect time on the status screen. Your private IP address in VPN is also displayed. The “Connect to” IP address reports “1.0.0.1” , but it is not an unusual. While VPN is established, all communications will be relayed via the VPN Server. You can access any local servers and workstation on the destination network.